The move was seen as a direct challenge by House Democrats as they gathered to vote on holding Attorney General William Barr in contempt for refusing to turn over the document.

Last month Barr released a redacted, 448-page version of Special Counsel Robert Mueller’s findings, but has since refused to honor a subpoena issued by the House Judiciary Committee to release the unredacted version and its contained evidence. Mueller’s 22-month long investigation looked into whether or not President Donald Trump had colluded with Russian officials to sway the outcome of the 2016 presidential election. The report essentially cleared the president of all wrongdoing.

“Every single day the president is making the case. He’s becoming self-impeachable,” House Speaker Nancy Pelosi told The Washington Post, referring to his efforts to restrict release of the unredacted report an “obstruction of justice.”

House Judiciary Chairman Jerrold Nadler responded to Trump’s move to block the report’s release as a “clear escalation in the Trump administration’s blanket defiance of Congress’s constitutionally mandated duties,” adding that neither Barr nor Trump are “above the law.”

“I can only conclude that the president now seeks to take a wrecking ball to the Constitution of the United States of America,” Democratic Representative Sheila Jackson Lee said in response to the White House’s announcement.

Meanwhile, Republicans have steadfastly defended Attorney General Barr in the wake of recent attacks by the left, referring calls to have him arrested as just an escalation of an ongoing “witch hunt.”

“What a cynical, mean-spirited, counterproductive and irresponsible step it is,” said Judiciary Committee leader Doug Collins.

Representative Matt Gaetz concurred with Collins’ comments, calling the latest efforts by Democrats “all about impeachment” of Trump and not about justice. 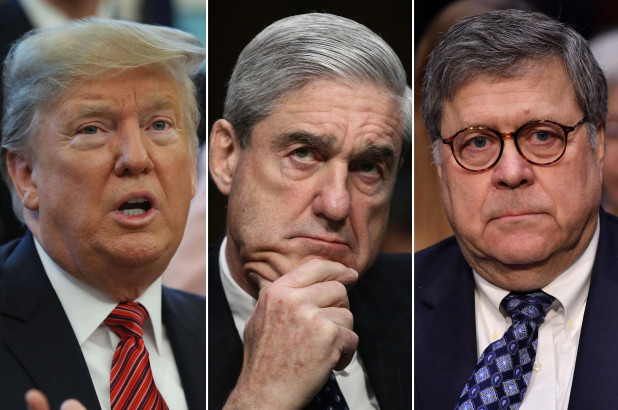