“Mr. Brennan has recently leveraged his status as a former high-ranking official with access to highly sensitive information to make a series of unfounded and outrageous allegations, wild outbursts on the internet and television about this administration,” press secretary Sarah Huckabee Sanders said.

Brennan has been deeply critical of Trump’s conduct, calling his performance at a joint press conference with Russian President Vladimir Putin in Finland “nothing short of treasonous.”

Sanders said the security clearances of other current and formers officials are also “under review.”

At least two of the former officials, Comey and McCabe, do not currently have security clearances.

Experts have said that stripping a security clearance in response to public criticism would be an unprecedented politicization of the clearance process.

Former CIA directors and other top national security officials are typically allowed to keep their clearances, at least for some period, so they can be in a position to advise their successors and to hold certain jobs. 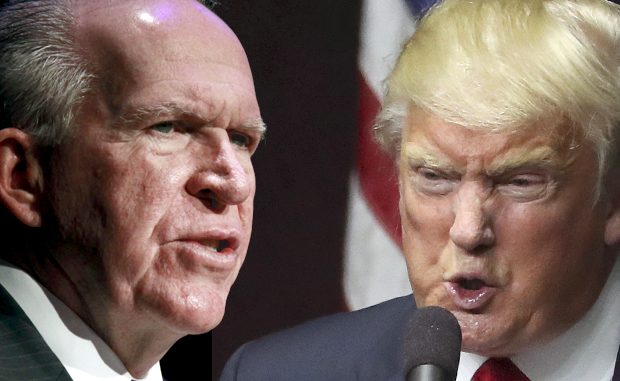