WASHINGTON — White House officials are pressing congressional leaders to approve a fourth Coronavirus-related stimulus package totaling much as $2 trillion in direct aid to Americans prior to the election, Fox Business is reporting.

Citing unidentified sources within the Trump administration, Fox claims the plan could include payroll tax cuts, which have been heavily pushed for by White House economic adviser Larry Kudlow and Treasury Secretary Steven Mnuchin, and aid to Democrat-controlled states such as California, Illinois and New York.

Additional perks of the package would reportedly include infrastructure spending, an extension of unemployment benefits to Americans impacted by the first wave of Coronavirus and additional liability protections for businesses as they attempt to reopen should a possible “second wave” of infections from the Coronavirus occur.

According to Fox, administration officials believe the timing is key and that such a package would drive the unemployment rate to below 10%, boosting President Donald Trump’s odds of a landslide reelection. Last week the economy reported a 2.5 million increase in new jobs and unemployment for May fell to 13.3 percent from 14.7 percent in April, when the shutdown was at it’s max. On Tuesday, another key economic improvement was reported as retail sales showed an 18 percent increase in May.

When reached for statement, both White House officials and representatives for House Speaker Nancy Pelosi had no comment.

The inspector general’s counsel, Rich Delmar, said that the office is looking into allegations that Suspicious Activity Reports filed about Cohen’s banking transactions were “improperly disseminated,” according to the Post.

Avenatti on Tuesday went public with detailed claims about Cohen’s banking history, including allegations that he received $500,000 from a company controlled by a Russian oligarch in the months following the 2016 presidential election.

The payment was, according to Avenatti, deposited in an account for a company that was also used to pay Daniels $130,000 as part of her non-disclosure agreement weeks before the 2016 vote.

Avenatti also revealed that AT&T, the Swiss drug company Novartis, and aircraft manufacturer Korea Aerospace Industries — all of which had business considerations with the federal government — had made payments to Cohen. The companies later confirmed the payments, which are under investigation by special counsel Robert Mueller.

Avenatti refused to reveal his source for this information and said investigators should reveal the Suspicious Activity Reports filed on Cohen’s account.

Such reports are filed if an unusual transaction of over $10,000 is made, and experts told the Post that Avenatti’s information could have come from a report filed by Cohen’s bank.

Banks often file such reports to detect for money laundering or other illegal behavior.

WASHINGTON, D.C. — The Trump administration on Thursday announced sanctions against19 Russian individuals and five Russian entities for allegedly interfering in the 2016 election.

The sanctions, which also include penalties for engaging in cyber-attacks, target 13 Russians who were recently indicted as part of Special Counsel Robert Mueller’s investigative probe.

“These targeted sanctions are a part of a broader effort to address the ongoing nefarious attacks emanating from Russia,” Mnuchin continued. “Treasury intends to impose additional CAATSA sanctions, informed by our intelligence community, to hold Russian government officials and oligarchs accountable for their destabilizing activities by severing their access to the U.S. financial system.”

Also Thursday, President Donald Trump, who has been vocally skeptical of the election allegations, issued a statement with British, French and German leaders accusing Moscow of poisoning an ex-Russian spy who was living in England, allegations that Russian officials were quick to deny.

“This use of a military-grade nerve agent, of a type developed by Russia, constitutes the first offensive use of a nerve agent in Europe since the Second World War,” the statement by Trump, French President Emmanuel Macron, German Chancellor Angela Merkel and British Prime Minister Theresa May said.

Stating Moscow was handling the sanctions “calmly”, Deputy Foreign Minister Sergei Ryabkov warned that Russia had already begun “to prepare a response” which he said would come shortly. In the meantime, Ryabkov suggested the Trump administration had intentionally timed the sanctions to come ahead of this weekend’s Russian presidential election, an election that Putin was expected to easily win.

“It is tied to U.S. internal disorder, tied of course to our electoral calendar,” Ryabkov was quoted as saying by the Russian state news agency Tass.

Yevgeny Prigozhin, who ran the St. Petersburg-based Internet Research Agency, and 12 of the agency’s employees, is one of the most notable Russians to be named in the sanctions.

Prigozhin and his agency, said Meuller, “tampered with, altered or caused a misappropriation of information with the purpose or effect of interfering with or undermining election processes and institutions,” specifically the 2016 U.S. presidential race.

“The IRA created and managed a vast number of fake online personas that posed as legitimate U.S. persons to include grass-roots organizations, interest groups and a state political party on social media,” the Treasury Department statement said. “Through this activity, the IRA posted thousands of ads that reached millions of people online.”

The video, which was paired with an ominous warning from North Korean dictator Kim Jong-un, criticized the president for “spouting rubbish” and parodied his frequent use of Twitter and other social media platforms.

“Trump spouted rubbish that if a war breaks out, it would be on the Korean Peninsula, and if thousands of people die, they would be only Koreans and Americans may sleep a sound sleep,” a statement from KCNA, North Korea’s official news agency, read on Tuesday.

In a separate statement issued by South Korea’s Yonhap News Agency (http://english.yonhapnews.co.kr/news/2017/08/22/0200000000AEN20170822002752315.html), the KCNA vowed to wage “ruthless” retaliation against South Korea and the U.S. in response to their participation in a series of ongoing joint military exercises.

“The U.S. will be wholly held accountable for the catastrophic consequences to be entailed by such reckless aggressive war maneuvers, as it chose a military confrontation [with North Korea],” a North Korean military spokesman told the KCNA.

In related news, the US Treasury Department announced on Tuesday new sanctions which target Chinese and Russian entities that help fund and facilitate North Korea’s nuclear and ballistic missile programs.

“As a result of today’s action, any property or interests in property of the designated persons in the possession or control of US persons or within the United States must be blocked, and US persons are generally prohibited from dealing with them,” the Treasury Department said in a released statement (https://www.treasury.gov/press-center/press-releases/Pages/sm0148.aspx).

“Treasury will continue to increase pressure on North Korea by targeting those who support the advancement of nuclear and ballistic missile programs and isolating them from the American financial system,” Treasury Secretary Steve Mnuchin said. “It is unacceptable for individuals and companies in China, Russia and elsewhere to enable North Korea to generate income used to develop weapons of mass destruction and destabilize the region. We are taking actions consistent with UN sanctions to show that there are consequences for defying sanctions and providing support to North Korea and to deter this activity in the future.”

North Korea’s latest round of threats come on the heals of Monday’s Reuters report which revealed that two North Korean shipments bound for a Syrian chemical arms facility were recently “intercepted.”

“The panel is investigating reported prohibited chemical, ballistic missile and conventional arms cooperation between Syria and the [North Korea],” the report read (http://uk.reuters.com/article/uk-northkorea-syria-un-idUKKCN1B12G8?utm_campaign=trueAnthem:+Trending+Content&utm_content=599b6e2604d301797510cb1b&utm_medium=trueAnthem&utm_source=twitter).

North Korea has been under U.N. sanctions since 2006 over its ballistic missile and nuclear weapons programs. The Security Council has stepped up efforts in recent weeks to shut those programs down since North Korea’s recent tests of nuclear weapons and four long-range missile launches.

President Trump has heavily called on China to put more pressure on North Korea but thus far China has done little to curb the threats of it’s neighbor and ally. 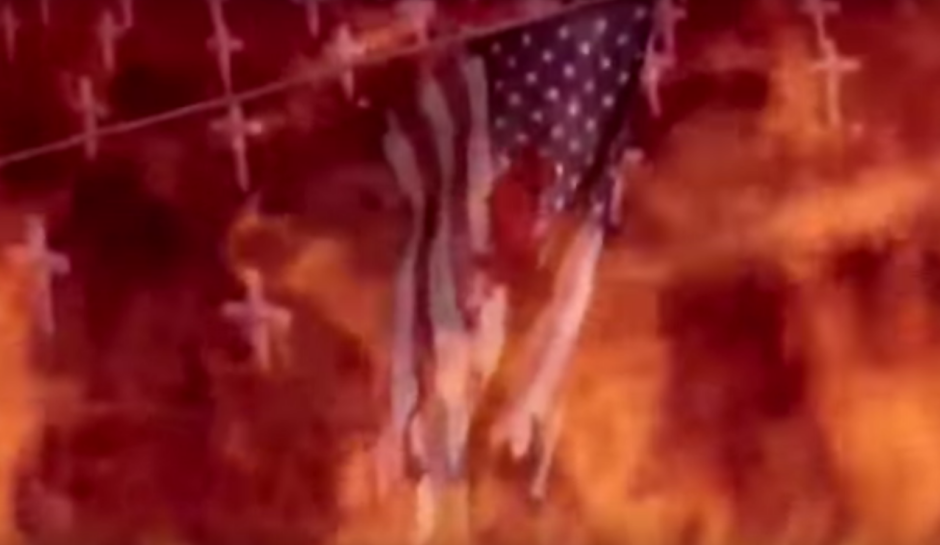