WASHINGTON—Republican Whip and Select Subcommittee on the Coronavirus Crisis Ranking Member Steve Scalise (R-La.), House Committee on Oversight and Reform Ranking Member James Comer (R-Ky.), and House Committee on the Judiciary Ranking Member Jim Jordan (R-Ohio), joined by several Select Subcommittee Republicans, today wrote to Dr. Kristian Andersen calling on him to clarify his response to Congress that he did not act to suppress any theory about the origins of COVID-19. A recent Vanity Fair report brings into question the accuracy of Andersen’s assertion and the lawmakers call on him to appear for a transcribed interview to clarify his response.

“On February 3, 2022, we wrote you regarding apparent attempts to conceal or cover-up pertinent information regarding the origins of COVID-19, specifically the hypothesis that it leaked from a laboratory in Wuhan, China. On February 17, 2022, you responded to our letter and stated that you were ‘not aware of, and [were] not involved in, any effort to suppress any particular theory about the origins of SARS-CoV-2.’ Recent reporting by Vanity Fair brings into question the truthfulness of that response. Pursuant to 18 U.S.C. §1001, ‘in any matter within the jurisdiction of the…legislative…branch of the Government of the United States, knowingly and willfully mak[ing] any materially false, fictitious, or fraudulent statement or representation’ is a crime. We therefore invite you to correct the Committee record, in person, in a transcribed interview at your earliest convenience,” wrote the Republican lawmakers.

A recent Vanity Fair article details how Dr. Andersen offered to delete or edit a paper authored by Dr. Jesse Bloom in June 2021 about the origins of COVID-19 and how the National Institutes of Health (NIH) deleted early viral sequences of virus the behest of Chinese researchers. The Republican lawmakers have been seeking answers from Dr. Andersen and other top scientists about why they initially supported the lab leak hypothesis in early 2020 but then suddenly reversed course after speaking with Dr. Francis Collins, the former director of the National Institutes of Health, and Dr. Anthony Fauci, the director of the National Institute of Allergy and Infectious Diseases.

“A recent exposé by Vanity Fair brings into question the accuracy of your assertion that you did not suppress any theory about the origins of COVID-19 and therefore all previous statements made to the Committee,” continued the Republican lawmakers. “Dr. Bloom’s paper was problematic for Drs. Fauci and Collins—who one year earlier had awarded you an $8.9 million dollar research grant since it explicitly advocated for a more thorough investigation of NIH, COVID-19’s origin, and did not adhere to the ‘real card-carrying…virologists[’]’ preferred narrative … Dr. Bloom said that you took issue with his research suggesting it was ‘unethical’ to analyze why the Chinese researchers requested the sequences be deleted … you then told Dr. Bloom that you could simply delete or revise the paper in a way that ‘would leave no record that this had been done’ …  This incident, if true, contradicts your February 17, 2022 letter and shows that you offered to ‘suppress’ research about the origins of COVID-19 that did not fit your pre-determined narrative.”

WASHINGTON, D.C. — The Justice Department on Wednesday announced Attorney General Jeff Sessions will investigate claims that social media giants such as Twitter, Facebook and YouTube are censoring pages based on their conservative views.

The announcement came after a Senate Intelligence Committee hearing was held in which top officials from Facebook and Twitter faced often intense grilling on whether or not they had ever targeted or “shadow banned” conservative pages for political gain, claims Twitter CEO Jack Dorsey has repeatedly denied.

“The Attorney General has convened a meeting with a number of state attorneys general this month to discuss a growing concern that these companies may be hurting competition and intentionally stifling the free exchange of ideas on their platforms,” the statement said.

President Donald Trump has claimed that he, himself, has been the target of censorship and “fake news” by both the mainstream press and on social media and that he believes platforms including Facebook and Twitter often discriminate against conservatives based on their own left-leaning political bias.

“Maybe I did a better job because I’m good with the Twitter and I’m good at social media, but the truth is they were all on Hillary Clinton’s side, and if you look at what was going on with Facebook and with Google and all of it, they were very much on her side,” Trump said.

“What we’re concerned about is how Twitter has in some ways it looks like selectively, adversely affected conservatives,” Rep. Steve Scalise, (R)-La., said during Wednesday’s House hearing.

Scalise cited Rep. Marsha Blackburn, (R)-Tenn., who claimed her Senate campaign announcement video was taken down by Twitter as an example. In response, Twitter claimed that the removal of Blackburn’s campaign video was “a mistake” which was quickly corrected, and apologized for the “error”.

Throughout his testimony, Dorsey pushed back several times, denying claims that he nor anyone to his knowledge at Twitter had ever targeted conservatives to further a political agenda.

“I want to start by making something clear: we don’t consider political viewpoints, perspectives, or party affiliation in any of our policies or enforcement decisions. Period,” he said. “Impartiality is our guiding principle.”

The Justice Department did not set a date for the upcoming meeting and it has not yet been revealed how many attorneys general will attend. 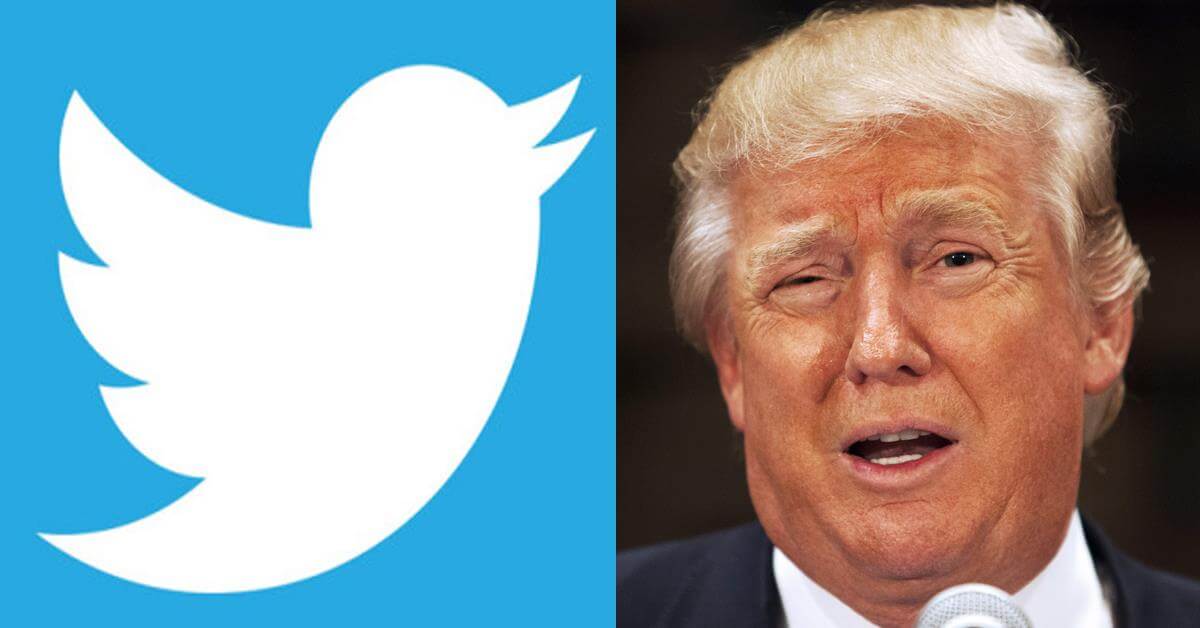 WASHINGTON, D.C. — A top Democratic official has been removed from his position after a tape surfaced on Thursday in which the official can be heard praising the Alexandria shooting.

Phil Montag, who served as the Nebraska Democratic Party’s co-chair of it’s technology committee, can be heard on the recording saying he wishes Steve Scalise, (R-La.,) who was shot last week by an anti-Republican activist during a charity baseball event practice, were “dead.”

“His whole job is to get people, convince Republicans to [expletive] kick people off [expletive] health care. I’m glad he got shot,” Montag said in the audio recording. “I wish he was [expletive] dead.”

The audio, which was posted to YouTube and quickly went viral (https://www.youtube.com/watch?v=_-CKb3vQsi0), has been verified by Nebraska Democratic Chairwoman Jane Kleeb as authentic (http://fox42kptm.com/news/local/nebraska-democratic-party-official-ousted-after-controversial-audio-recording-surfaces).

“We obviously condemn any kind of violence whether it’s comments on Facebook or comments in a meeting,” Kleeb said in a statement after announcing her decision to let Montag go. “Our country is better than the political rhetoric that is out there from both the far right and the far left.”

Montag, in defense of his comments, claims the recording had been manipulated in an effort to take his words out of context.

“I did not call for the congressman’s death,” Montag told the World-Herald. “Like every decent American I am saddened and horrified by the shooting of Congressman Scalise,” he said. “I do not and did not wish for his death. I am hopeful that the entirety of the original, unedited recording will emerge so we can get to the truth of the matter.”

The audio was recorded during a private meeting with the Democrat party’s Black Caucus chairwoman, Chelsey Gentry-Tipton, who is also under fire for saying she found the “trauma” the victims went through during the shooting “funny”.

On a Facebook post written the day of the shooting, Gentry-Tipton wrote:
“Hard to be empathetic towards those that have no empathy for us. The very people that push pro NRA legislation in efforts to pad their pockets with complete disregard for human life. Yeah, having a hard time feeling bad for them.”

In a separate post, Gentry-Tipton added: ‘Watching the congressman crying on live tv abt the trauma they experienced. Y is this so funny tho?”

After intense backlash, Gentry-Tipton too said her comments were taken out of context and claimed no wrong doing. “I don’t condone or find the humor in what happened,” she said in her own defense.

In response to Montag’s comments, Kleeb said the audio is what it is and rebuffed claims that the audio had been altered.

“I’m not interested in the back and forth of Chelsey’s or Phil’s excuses for their comments,” said Montag. “We move forward, continuing to do the work at hand.”

Unlike Montag, Gentry-Tipton is refusing to apologize and says she will not resign over the controversy. Kleeb says her hands are tied in regard to Gentry-Tipton as Montag was appointed and Gentry-Tipton was elected.

“Wishing a Member of Congress or any individual dead is disgusting and has no place in our party,” Kleeb told the World-Herald (http://www.omaha.com/news/politics/state-democratic-party-chair-removes-official-after-offensive-remarks-about/article_d9157d0e-5781-11e7-b24c-e34cfa0fe0c0.html).

Scalise, 51, has represented Louisiana’s 1st Congressional District since 2008. He is married with two children. He is currently still hospitalized as he recovers from the gunshot wounds sustained in the attack.