Atlanta, Ga. — Every American who supports Donald Trump is an all-out racist, according to one CNN contributor.

“He’s made it more popular to be openly racist. Tens of millions of people voted for him after he showed his cards for years,” Author Michaela Angela Davis, while appearing on CNN’s “New Day” to discuss a racially insensitive tweet put out by television star Roseanne Barr.

“Are you suggesting that all the people who voted for Donald Trump are racist?” show host John Berman asked Davis, requesting that she clarify her comment.

“Yes, yes,” Davis responded. “They may not be violently racist. Anti-blackness is a strategy that has been the foundation of part of the American Project…There’s so many different levels of racism and how it works itself out.”

“Most of the time we are operating in racist structures, so you as an individual may not understand that you are racist,” Davis added, “but you are working in a racist structure. So that’s how policemen of color can be participatory.”

Davis’ comments led to a flurry of backlash on social media, prompting Davis to defend her comments via Twitter.

“It’s fascinating horrified people are by being called racists but not at all phased by participating in racists activity or being complicit .. thank you for watching @NewDay this is not easy stuff,” Davis wrote in response to angry comments from Trump voters who were offended at being labeled as racist.

Barr, who was fired by the ABC network earlier this week due to a tweet in which she jokingly compared former Obama administration official Valerie Jarrett to a member of “Planet of the Apes” is a vocal supporter of President Donald Trump. 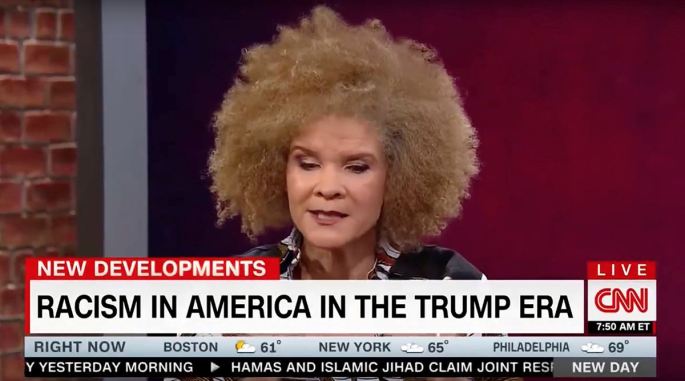 The “Full Frontal” host, referencing a seemingly innocent photo posted by Ivanka Trump of she and her toddler son, unleashed on President Trump’s eldest daughter during her Wednesday night show, calling the young mom a “feckless cunt”.

The comments drew outrage and caused network switchboards at TBS to light up with angry callers.

Bee, responding to network pressure, issued a statement via Twitter in which she sheepishly apologized.

“I would like to sincerely apologize to Ivanka Trump and to my viewers for using an expletive on my show to describe her last night,” Bee said. “It was inappropriate and inexcusable. I crossed a line, and I deeply regret it.”

TBS also issued statement following Bee’s apology, but did not say what, if any, action the network would take upon its star.

“Samantha Bee has taken the right action in apologizing for the vile and inappropriate language she used about Ivanka Trump last night,” the statement read. “Those words should not have been aired. It was our mistake too, and we regret it.”

The controversial comments follow those by former ABC star Roseanne Barr earlier in the week in which Barr compared former Obama advisor Valerie Jarrett to a monkey.

ABC swiftly fired Barr and fellow members of her top-rated “Roseanne” cast, announcing that the show would not be renewed for a second season.

A representative for the drug Ambien issued a response on Wednesday to Roseanne Barr’s claim that she had taken the sleep medication prior to issuing an “offensive” tweet against former Obama administration insider Valerie Jarrett, which led to her show being canceled by the ABC network;

In a statement, a representative for the drug manufacturer said quote:

“People of all races, religions and nationalities work at Sanofi (the pharmaceutical company under which Ambien is sold) every day to improve the lives of people around the world. While all pharmaceutical treatments have side effects, racism is not a known side effect of any Sanofi medication.” 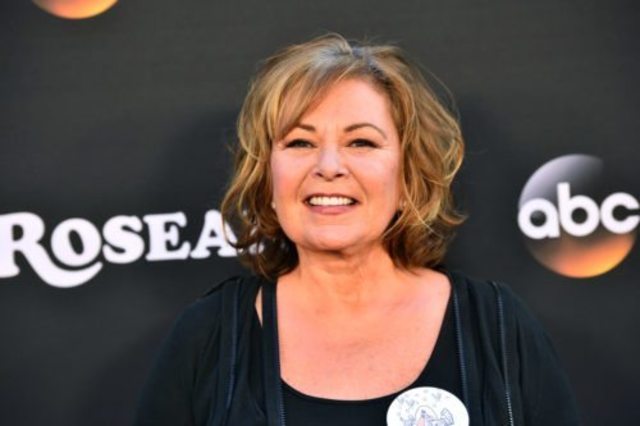 Los Angeles, Calif. — The ABC network pulled the plug on its number one rated show, “Roseanne” in the wake of a series of tweets by Roseanne Barr, according to published reports.

“Muslim brotherhood & planet of the apes had a baby,” Barr wrote of Jarrett in response to a tweet which accused Jarrett of helping to hide alleged offenses from the Obama administration.

“Muslims are NOT a race,” Barr pushed back, saying that her comment was not meant to be taken literally.

Later, in a separate tweet, Barr apologized to Jarrett and asked for forgiveness.

“I apologize to Valerie Jarrett and to all Americans,” Barr wrote. “I am truly sorry for making a bad joke about her politics and her looks. I should have known better. Forgive me — my joke was in bad taste.”

Barr’s apology was clearly not enough for network executives, however, as the network announced in a statement Tuesday that they had decided not to renew the show for another season.

The tweets come nearly a week after the season finale of the newly rebooted series, which was the “highest rated and most watched series of the broadcast season,” according to The Hollywood Reporter.

Barr’s co-star Sara Gilbert, who had orchestrated the revival of the top-rated show, issued a statement condemning the comedian’s tweet.

“Roseanne’s recent comments about Valerie Jarrett, and so much more, are abhorrent and do not reflect the beliefs of our cast and crew or anyone associated with our show. I am disappointed in her actions to say the least,” Gilbert tweeted just before ABC announced the show’s cancellation.

ABC Entertainment and The Walt Disney Company did not immediately respond to requests for comment.

During an appearance on Monday night’s ‘Tonight Show’ with Jimmy Fallon, Barr, who currently has the highest rated television show in the nation, was asked how she handles critics who are speaking out against her vocal support for the 45th president.

“Well this couldn’t be a bigger thing, but then with a big hit comes people that aren’t so happy as well, if you say that you’re a supporter of Donald Trump,” said Fallon.

“Oh yeah, people are mad about that,” Barr responded. “But, you know, I don’t give a fuck,” she said, shrugging.

“Everybody had to choose for themselves who they thought was the lesser of two evils. Everybody chose that, so I’m not going to put anybody down who didn’t vote like me. This is America. It’s a free country. And when you weigh it altogether… I just felt like we needed a whole new thing all the way, bottom to top.”

In Barr’s newly revamped ABC series, “Roseanne“, Barr’s character, which shares her same first name, is a supporter of Trump, as is Barr in real life.

The show, which brought in 25 million viewers during its debut week, earned praise from Trump, who has publicly thanked Barr for her support. 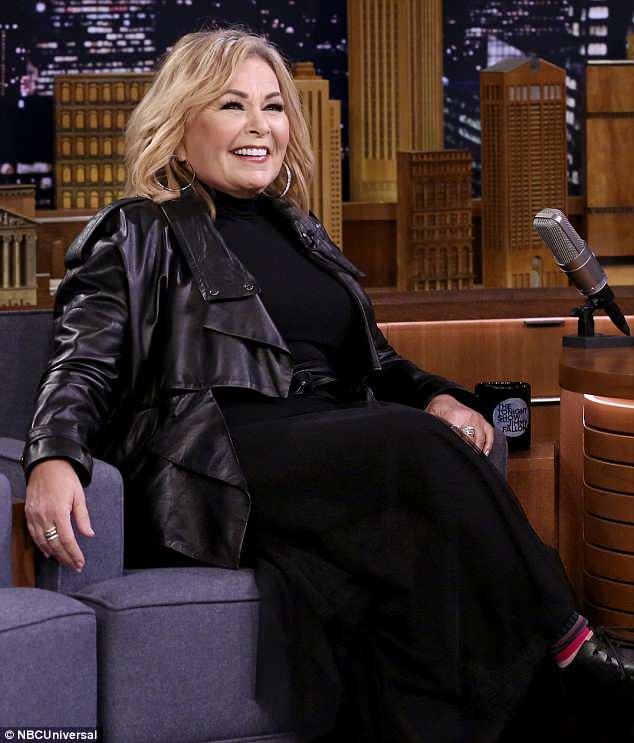