WASHINGTON, D.C. — In the latest event targeting Republicans for violence, police say Kentucky Senator Rand Paul was the subject of threats against himself and his family.

In a tweet thanking U.S. Capitol Police, Paul said the suspect, who has not yet been identified, “threatened to kill my family and me”.

While police officials refused to comment on the ongoing investigation, Paul, while speaking Monday at an event in Litchfield, Kentucky, opened up about the horrifying event.

“Capitol Police have issued an arrest warrant for a man who threatened to kill me and chop up my family with an axe,” said Paul. “It’s just horrendous that we have to deal with things like this.”

The threats against Paul are just the latest in a series leveled against lawmakers and government appointees recently.

Last week, Democratic Representative Maxine Waters came under fire for encouraging her followers to corner members of the Trump administration and other Republicans when they saw them pin public and “push back on them”.

“If you see anybody from that cabinet in a restaurant, in a department store, at a gasoline station, you get out and you create a crowd,” Waters said while speaking at a rally in Capitol Hill. “You push back on them. Tell them they’re not welcome anymore, anywhere!” 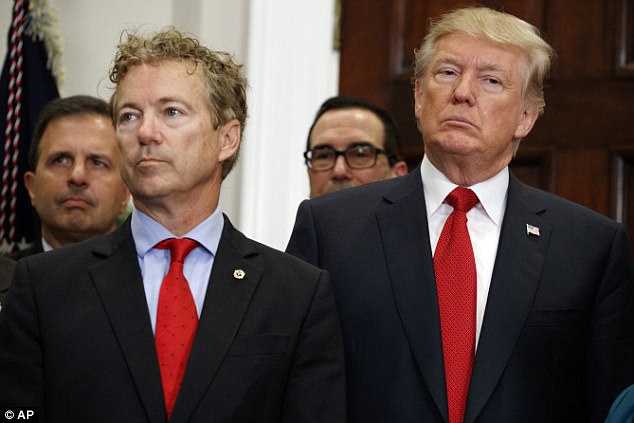 Hopkinsville, KY– (Fox News) – Police in Kentucky were on the hunt Thursday night for an “armed and dangerous” man accused of posing as a cop and pulling over an off-duty police officer — before shooting and killing him.

Gov. Matt Bevin confirmed in a tweet the Hopkinsville officer had died.

The suspect, on the run, was identified as 35-year-old James Decoursey, Christian County Emergency Management told Fox Nashville. Decoursey is white with brown eyes and black hair who weighs 260 lbs and is 6’1″ tall, according to the news outlet.

Authorities reported to the scene on Paulette Court after 5 p.m., WKRN reported. Hopkinsville is about 75 miles north of Nashville.

According to a Hopkinsville Police news release obtained by WSMV, the off-duty officer was pulled over in his own car by someone “pretending to be a police officer.” Not long after, the officer reportedly was shot by the suspect.

Authorities said the suspect took off in a stolen white Chevrolet pickup truck with Kentucky plates, according to WSMV. Decoursey “is considered armed and dangerous,” they said.

In a followup tweet, Bevin said “There is no greater sacrifice than that of a person willing to lay down their life for another…Thank God for the #ThinBlueLine.” 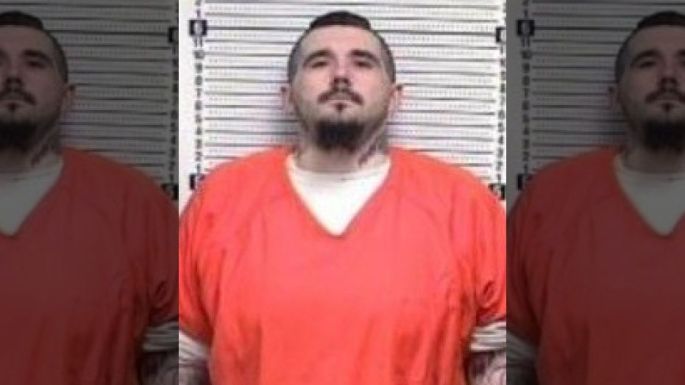 BENTON, KY — One victim is confirmed dead and more than a dozen others wounded after police say a gunman opened fire inside a southwest Kentucky school.

The incident, which occurred at Marshall County High School just after 9 am Tuesday morning, rocked the sleepy community located about 100 miles northwest of Nashville.

“Everyone is just scared. Just terrified for their kids,” local small business owner Mitchell Garland told the Associated Press. “We’re a small town and we know a lot of the kids.”

It is not yet known what led to the shooting, but investigators have confirmed that the alleged assailant has been taken into custody.

No information on the injured or dead has yet been released.

Terrified parents were seen quarreling with police officials after being turned away from the school, unable to collect their children, due to the campus’s being placed on emergency lockdown.

“Parents are being asked not to try and pick up students from Marshall County High School,” reported The Marshall County Tribune-Courier. “We have been told there have been arguments between law enforcement and parents trying to get inside. The school remains on lockdown and no one is being allowed inside either entrance. Two Air Evac helicopters have landed in the past few minutes.”

Kentucky Governor Matt Bevin asked that the public allow investigators to do their jobs.

“Tragic shooting at Marshall County HS…Shooter is in custody, one confirmed fatality, multiple others wounded…Much yet unknown…Please do not speculate or spread hearsay…Let’s let the first responders do their job and be grateful that they are there to do it for us…,” Bevin tweeted.

President Donald Trump was briefed on the shooting, the White House has confirmed, and is receiving regular updates on the investigation.

The shooting comes just one day after another school shooting in rural Texas, where a female student was wounded after being shot by an assailant in the school’s cafeteria. The suspect in that matter was quickly taken into custody. 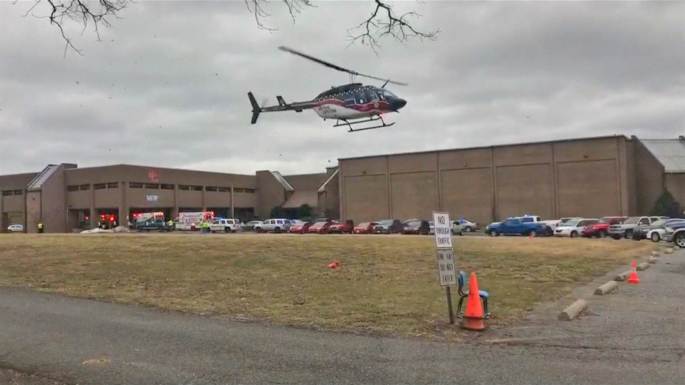 LOUISVILLE, KY– University of Louisville men’s basketball coach Rick Pitino and athletic director Tom Jurich have each been placed on administrative leave amid an FBI probe involving an assistant coach, the university announced on Wednesday.

Pitino, the head coach at the university, coached the Cardinals to the NCAA championship in 2013.

Pitino’s attorney, Steve Pence, told the Courier-Journal that Pitino was “effectively fired” in violation of the coach’s contract which requires 10 days’ notice before Pitino is fired to allow “an opportunity to be heard.”

The action against Pitino comes after the school acknowledged Tuesday that the men’s program was part of a federal investigation on alleged bribery of recruits which resulted in the arrest of 10 people, including four assistant coaches at other schools and an Adidas executive.

According to a report published by Sports Illustrated (https://www.si.com/college-basketball/2017/09/27/louisville-fbi-investigation-rick-pitino-brian-bowen) Pitino had a brief meeting with the school’s interim president late Wednesday morning appeared emotional as he left the room.

Pitino was already suspended for the first five ACC games of this season after an investigation into the program’s high-profile escort case. The FBI released evidence that a Louisville assistant coach had planned to send $100,000 to the father of an All-American recruit, named by many sources to be freshman forward Brian Bowen.

Interim president Greg Postel said on Wednesday that the school will work quickly to name an interim coach and athletic director and that replacements may be announced within 48 hours.

“I’m more angry than embarrassed,” Postel said. “We will be looking for someone [to replace Pitino] with integrity. There’s no reason this team can’t have a good season.

“It is vital for this university to strictly adhere to the NCAA rules and of course federal law. Failure to do that would be a tacit endorsement of criminal behavior.” 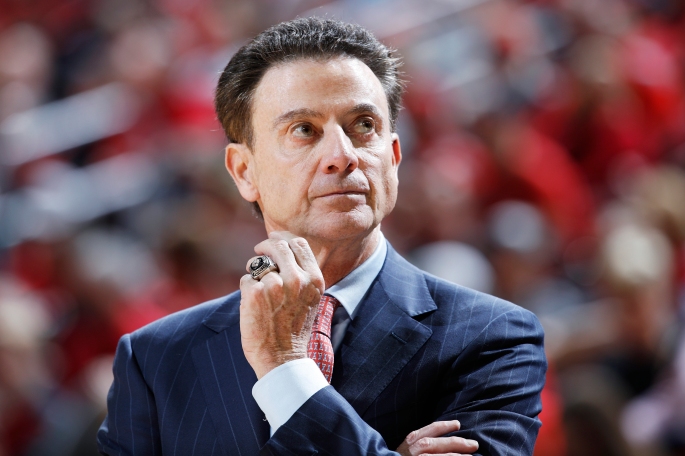