WASHINGTON, D.C. — The woman who claims Rep. Keith Ellison (D-Minn.) physically and emotionally abused her says the Democratic Party “smeared, threatened [and] isolated” her after she went public with her allegations.

“I’ve been smeared, threatened, isolated from my own party,” Karen Monahan said in a statement posted to Twitter. “I provided medical records from 2017, stating on two different Dr. Visits, I told them about the abuse and who did it. My therapist released records stating I have been dealing and healing from the abuse.”

“Four people, including my supervisor at the time, stated that I came to them after and shared the exact story I shared publicly, I shared multiple text between me and Keith, where I discuss the abuse with him and much more,” Monahan’s statement, went on. “As I said before, I knew I wouldn’t be believed.”

Monahan says coming forward with her story represented a “huge piece of my healing” and included a photo of her grandchild with the caption: “My grandbaby deserves a world where human dignity is not a political tool for your parties interest. #metoo.”

Although Monahan tagged both the Democratic National Committee and the Minnesota Democratic–Farmer–Labor Party in her tweet, neither organization has responded to her allegations.

Ellison, who admits to once having a romantic relationship with his accuser, has denied Monahan’s accusations of domestic violence. 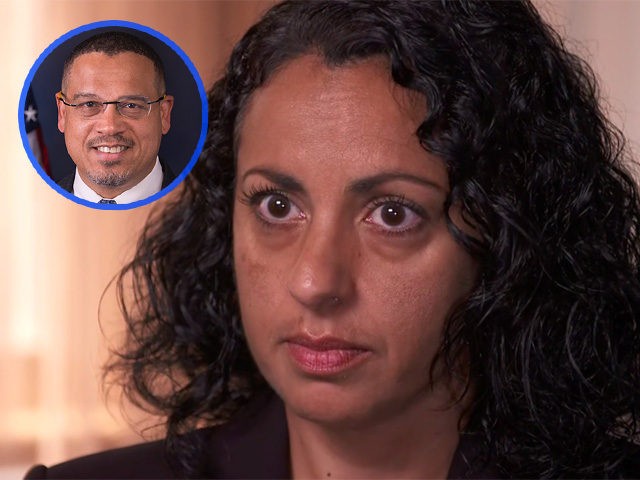