WASHINGTON — Democrat House leaders on Monday launched a full-scale attack on Donald Trump, his business and family members in the hopes of scoring some dirt on the much-embattled president.

Committee Chairman Jerrold Nadler said Monday that document requests were sent to 81 people connected to the president, business associates and his presidential campaign.

According to Nadler, the investigation will center around allegations of obstruction of justice, corruption and abuse of power.

The document requests, with responses to most due by March 18, are a way to “begin building the public record” and to carry out the responsibilities the committee has to investigate and hold public hearings, Nadler said.

“Over the last several years, President Trump has evaded accountability for his near-daily attacks on our basic legal, ethical, and constitutional rules and norms,” Nadler said while announcing the probe. “Investigating these threats to the rule of law is an obligation of Congress and a core function of the House Judiciary Committee.”

Among those to receive letters from the committee are Trump’s son Donald Trump Jr.; his son-in-law, Jared Kushner; and the former top White House aides Hope Hicks, Sean Spicer, and Steve Bannon—all of whom have already testified before Congress relating to the various probes into Trump’s alleged ties to Russia.

In an interview with The Washington Times on Saturday, Nadler admitted that his committee was still a “long way” from launching impeachment proceedings. “We do not now have the evidence all sorted out to do an impeachment,” Nadler told ABC’s This Week. “Before you impeach somebody, you have to persuade the American people that it ought to happen.”

House Minority Leader Kevin McCarthy scoffed at the Nadler’s latest probe, saying Democrats are simply desperate to find anything they think they can possibly use against the president.

“There’s no collusion,” McCarthy said, “so they want to build something else.” 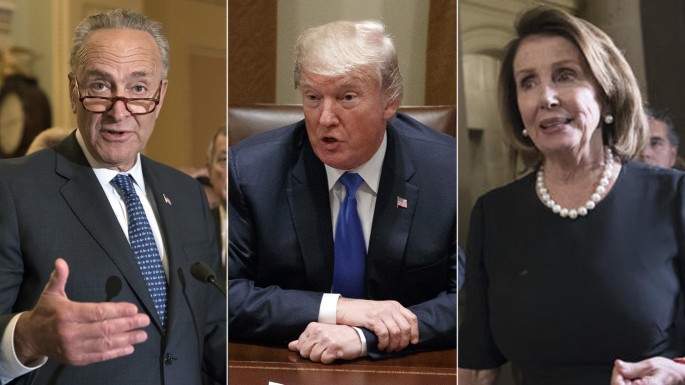 WASHINGTON — Democrats plan to waste no time in attacking the Second Amendment as they take power in January, according to a report published by Politico on Monday.

According to the report, Dems plan to initiate a bill that would require federal background checks on all firearm sales as part of their efforts to advance long-fought gun control measures.

The effort already has already received the stamp of approval by House Minority Leader Nancy Pelosi, who said: “The new Democratic majority will act boldly and decisively to pass commonsense, life-saving background checks.”

“It’s very important to us, it’s one of our top priorities,” echoed New York Rep. Jerrold Nadler, the incoming chairman of the House Judiciary Committee, which will hold jurisdiction over the issue. “We told the American voters that we do mean to do this, and we do mean to do it.”

Although unlikely that the bill will pass in the Republican-controlled Senate, the effort serves as the first step for Democrats in pushing their gun-control agenda.

GOP North Carolina Rep. Richard Hudson, a prominent National Rifle Association ally in the House, says such a bill is useless and only targets those who already obey the law.

Universal background checks, says Hudson, “has always been a red herring.” It’s “something that… polls very well, but there’s not a single commercial gun transaction in America that doesn’t have a background check.”

“The wrong people are not going to report gun sales,” added Hudson. “So you will need a registry to know where every gun is,” an option that is vehemently opposed by the NRA. 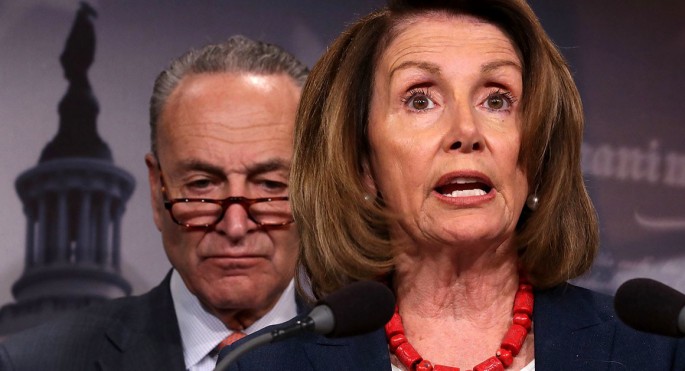 WASHINGTON– Democratic leaders on Wednesday revealed plans to “investigate and impeach” Justice Brett Kavanaugh on the grounds of perjury and to “impeach President Donald Trump on allegations of treasonous and collusion with Russia”.

According to a report published by The Federalist, the revelations came from Judiciary Committee ranking member Rep. Jerrold Nadler, (D)-N.Y. through a series of post-election telephone calls on Wednesday.

“We’ve got to figure out what we’re doing,” said Nadler. “There’s a real indication that Kavanaugh committed perjury.”

Nadler claimed The Atlantic published an article about the allegations of a third woman who had accused Kavanaugh of sexual misconduct. Then he claimed that when Kavanaugh was “asked at a committee hearing under oath when he first heard of the subject, he said, ‘When I’d heard of the Atlantic article.’ But there is an email chain apparently dating from well before that from him about ‘How can we deal with this?’” Nadler said.

“The worst-case scenario — or best case depending on your point of view,” Nadler continued, “you prove he committed perjury about a terrible subject and the Judicial Conference recommends you impeach him. So the president appoints someone just as bad.”

Nadler then turned his fury toward the president, alleging that Trump conspired with Russia to steal the 2016 presidential election.

Vowing to hold the president “accountable”, Nadler said he and his fellow Democrats would be going “all-in,” and that their plans may vary “depending on what [special counsel Robert] Mueller finds.”

Democrats won the seats needed to take the House on Tuesday after capturing districts where President Trump is unpopular.

During the two year course of Trump’s presidential administration, there have been numerous calls by Democrats to launch impeachment proceedings against the president on grounds of treason.

To date, those calls have gone unheeded.