WASHINGTON (AP) — Michael Cohen, President Donald Trump’s former lawyer, turned over documents to lawmakers Wednesday as he tried to back up his claims that a false statement he delivered to Congress in 2017 was edited by the president’s attorneys, two people familiar with the case said.

It’s unclear who edited the documents or what exactly was changed.

But in public testimony last week on Capitol Hill, Cohen said Trump’s attorneys, including Jay Sekulow, had reviewed and edited the written statement he provided to Congress in 2017. Cohen acknowledged in a guilty plea last year that he misled lawmakers by saying he had abandoned the Trump Tower Moscow project in January 2016, when in fact he pursued it for months after that as Trump campaigned for the presidency.

At issue is whether Trump or his lawyers knew that Cohen’s statement to Congress would be false, and whether the attorneys had any direct role in crafting it. Cohen has said he believed the president wanted him to lie, but he also said Trump never directed him to do so. It’s also unclear whether any of the president’s lawyers knew the truth about when the Trump Tower negotiations had ended.

Sekulow has flatly denied ever editing any statement about the duration of the project.

“Testimony by Michael Cohen that attorneys for the President edited or changed his statement to Congress to alter the duration of the Trump Tower Moscow negotiations is completely false,” Sekulow said in a statement last week.

Cohen appeared behind closed doors Wednesday before the House intelligence committee, his fourth day of testimony on Capitol Hill as he prepares for a three-year prison sentence for lying to Congress and other charges.

Cohen has become a key figure in congressional investigations since turning on his former boss and cooperating with special counsel Robert Mueller’s probe. During last week’s public testimony, he called Trump a con man, a cheat and a racist. He was also interviewed privately by both the Senate and House intelligence committees last week.

“I will continue to cooperate to the fullest extent of my capabilities,” Cohen said in a short statement to reporters after he finished Wednesday’s testimony.

Among the issues discussed in Cohen’s closed-door interviews last week was a pardon, according to people familiar with those interviews. They spoke on condition of anonymity to reveal the confidential discussion.

Cohen told Congress last week that he had never asked for and would not accept a pardon from Trump. But that may not be the full story.

According to people with knowledge of the situation, a lawyer for Cohen expressed interest to the Trump legal team in a possible pardon for his client after a raid last April on Cohen’s hotel room, home and office. The people spoke on condition of anonymity because they were not authorized to discuss it publicly.

No pardon was given, and Cohen ultimately pleaded guilty and is cooperating against the president in separate investigations by the special counsel and by federal prosecutors in New York.

Asked about the pardon issue Tuesday evening, another Cohen attorney, Lanny Davis, said his client was speaking carefully during his public testimony. He acknowledged on MSNBC that Cohen “was certainly looking at the option of a pardon” before he decided to come clean and turn on Trump.

But since then, Davis said, Cohen has been clear that he wouldn’t accept a pardon.

There is nothing inherently improper about a subject in a criminal investigation seeking a pardon from a president given the president’s wide latitude in granting them. But lawmakers have requested information about talks on possible pardons for Cohen and other defendants close to the president who have become entangled in Mueller’s investigation.

The intelligence committee investigation is one of several probes Democrats have launched in recent weeks as they delve deeper into Trump’s political and personal dealings.

Cohen pleaded guilty to lying to Congress about the duration of negotiations over the Trump real estate project in Moscow. In addition, he pleaded guilty to campaign finance violations for his involvement in payments to two women who allege they had sex with Trump, which Trump denies.

Cohen said in his Oversight testimony that Trump directed him to arrange the hush-money payment to Daniels. He said the president arranged to reimburse Cohen, and Cohen took to the hearing a check that he said was proof of the transaction.

Trump has said Cohen “did bad things unrelated to Trump” and “is lying in order to reduce his prison time.”

Mary Clare Jalonick and Eric Tucker of The Associated Press contributed to the contents of this report. 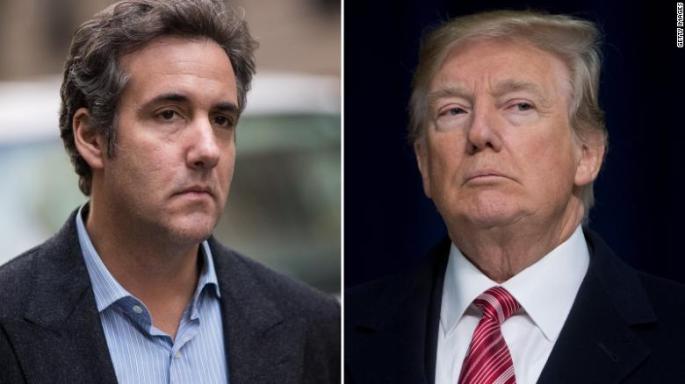 WASHINGTON- Rep. Trey Gowdy (R-S.C.) on Sunday suggested recording a private interview with former FBI director James Comey after Comey said he would comply with a House Judiciary Committee subpoena only through a public hearing.

Gowdy, who has presided over multiple congressional hearings as chairman of the House Intelligence Committee, told CBS’s “Face the Nation,” that he agreed with Comey that private hearings are sometimes susceptible to leaks.

“The remedy for leaks is not to have a public hearing where you are supposed to ask about 17 months worth of work in five minutes. I think the remedy is to videotape the deposition, videotape the transcribed interview,” Gowdy told CBS, suggesting that the interview could be cleansed of classified information, then released to the public.

“I am sensitive to leaks,” Gowdy said. “I think they undercut the authenticity of the investigation. The remedy is not to have a professional wrestling-type, carnival atmosphere, which is what congressional public hearings have become.”

Comey, who was fired by President Donald Trump in May of 2017, tweeted on Thanksgiving that he received a subpoena from House Republicans to testify but would only do so if certain conditions were met.

“I’m still happy to sit in the light and answer all questions. But I will resist a ‘closed door’ thing because I’ve seen enough of their selective leaking and distortion,” Comey tweeted. “Let’s have a hearing and invite everyone to see.” 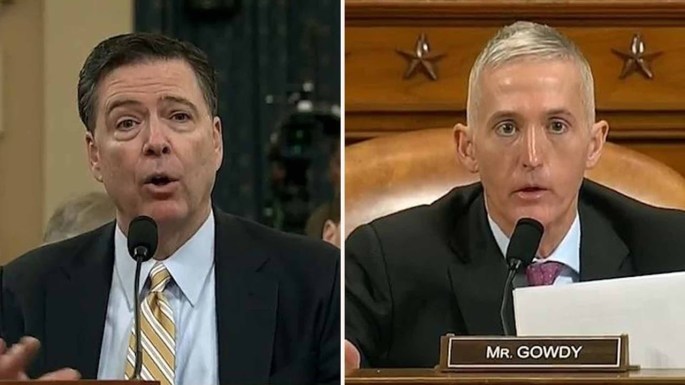 WASHINGTON, D.C. — The FBI, Department of Justice and special counsel Robert Mueller will all be in a “world of hurt” once a four-page memo detailing FISA abuses that took place under the Obama administration are revealed, says The New York Post’s Paul Sperry.

“Steele & Simpson are caught in a sh*tstorm of lies, which further tainted the FBI’s FISA warrant to spy on Team Trump,” Sperry continued. “And as a result, the memo is going to create a BIG credibility problem for Mueller, since his team debriefed Steele and tapped into Simpson’s “research” on Manafort and Deutsche Bank. Buckle your seatbelts, sports fans …”.

“My guess is Mueller is racing to “interview” @RealDonaldTrump before his own investigation further implodes with revelations of illegal anti-Trump actions/bias from the “Memo” and text messages. #ReleaseTheMemo”, Fitton tweeted (https://twitter.com/TomFitton/status/956548403831418880).

Fox News legal contributor Judge Andrew Napolitano also said during an apperance on Fox & Friends that, for the good of the American people, the content of the memo should be revealed on the House floor.

“[They] sat on it while the rest of Congress debated and expanded FISA. The rest of Congress should have known what the House Intelligence Committee knows,” said Napolitano (http://insider.foxnews.com/2018/01/25/fisa-surveillance-memo-judge-napolitano-says-contents-must-be-released).

Further, added Napolitano, should the committee vote against releasing it, a member should defy the vote and disclose the memo’s contents on the House floor in order to make it a matter of public record.

“The speech and debate clause of the Constitution protects members of Congress from the legal consequences of what they say on the floor,” said the judge.

The president denied those allegations as he arrived Friday at the site of the World Economic Forum in Davos, Switzerland. 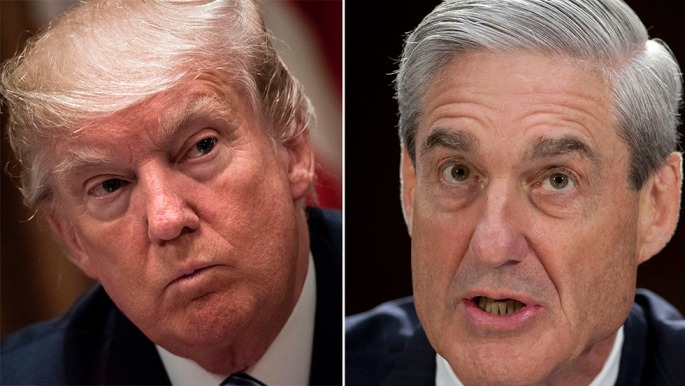