In segments dating from between 2006 to 201, Carlson, calling into the then wildly popular “Bubba the Love Sponge” radio show, took aim at “unattractive women” and described former Democratic presidential candidate Hillary Clinton as “anti-penis.”

“I feel sorry for unattractive women. I mean, it’s nothing they did, you know. Nobody deserves that. And men are just mean,” Carlson said of Supreme Court Justice Elena Kagan.

“You look at Hillary and you know in your heart that if she could castrate you, she would,” he said of Clinton.

The segments, released Sunday by the radical left group “Media Matters” caused a wave of backlash on social media and let to calls for the Carlson’s immediate termination.

“During those conversations, Carlson diminished the actions of Warren Jeffs, then on the FBI’s ‘Ten Most Wanted Fugitives’ list for his involvement in arranging illegal marriages between adults and underage girls, talked about sex and young girls, and defended statutory rape,” Media Matters said in a released statement.

Carlson has thus far refused to apologize for the more than decade-old comments, saying his words were taken out of context.

Media Matters “caught me saying something naughty,” Carlson said on Sunday night’s show. “Rather than express the usual ritual contrition, how about this: I’m on televison every night live for an hour. If you want to know what I think, you can watch. Anyone who disagrees with my views is welcome to come on and explain why.”

Pushing back, Media Matters said Carlson’s response is not enough.

“The reason we released this is precisely because the things you say on your Fox News show echo the misogyny displayed in those clips. We were actually helping people better understand just how vile your current Fox News show is by showing what that worldview really looks like,” Angelo Carusone, the head of Media Matters said in response to Sunday night’s show.

A Media Matters spokesperson tweeted on Monday that “there’s more” to come, adding that the group has reviewed nearly 100 hours of audio.

“We certainly want to make sure [the new audio tapes] are released when they can be most helpful to the media buying decision makers,” the group said.

So far Fox News has yet to issue statement on the Carlson controversy. 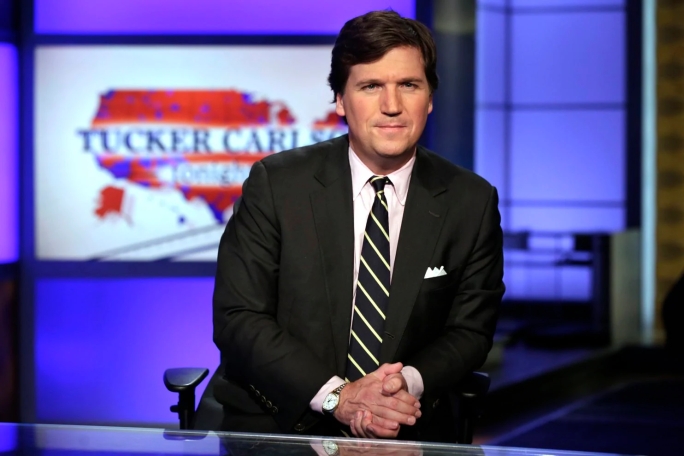 2 thoughts on “‘SORRY, NOT SORRY’: Tucker Carlson refuses to apologize for ‘misogynistic’ comments”