WASHINGTON — Democratic House speaker Nancy Pelosi on Monday stepped back on previous comments that she would consider impeachment efforts against President Donald Trump.

Pelosi, who has infamously battled Trump on everything from border security to abortion, said the Republican, in her reformed opinion, is “just not worth it.”

“Impeachment is so divisive to the country that unless there’s something so compelling and overwhelming and bipartisan, I don’t think we should go down that path, because it divides the country,” Pelosi told The Washington Post. “And he’s just not worth it.”

Pelosi’s comments come on the heels of vows made by other prominent Democrats to remove the president from office. Just last month Rep. Al Green (D-Texas) announced plans to call for a third vote on impeachment on the grounds that Trump was “unfit” for office.

“I just wanted to make it clear that there’s a necessity to do this because that behavior has infected the body politic to the extent that you have the behavior in the state of Virginia,” Green told The Hill. Green went on to blame the president for “fanning the flames” of racial tension in Virginia after he slammed photos that surfaced of Virginia governor Ralph Northam (D) appearing to be dressed in blackface.

Pelosi had herself at one time vowed to remove Trump, who she claimed was a “danger to the country.”

Despite her new stance on the issue, Pelosi stopped short of saying she believed Trump is fit to serve as president.

“Are we talking ethically? Intellectually? Politically? What are we talking here?” she said. “All of the above. No. No. I don’t think he is.” 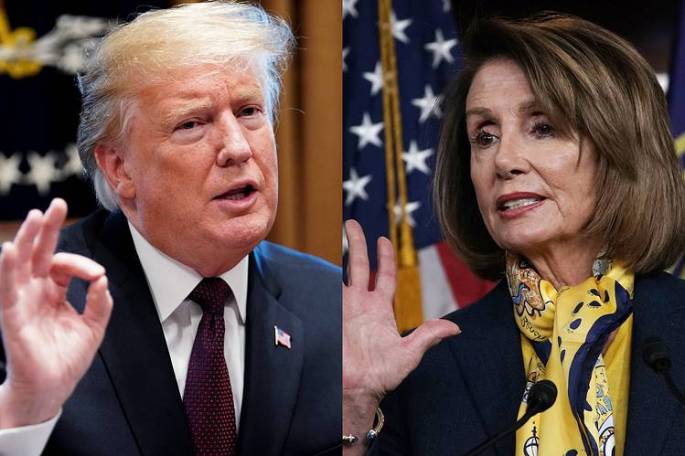