WASHINGTON — President Donald Trump is not happy with an agreement reached by congressional negotiators to avert another partial government shutdown.

The deal, which includes no funding for his promised U.S.-Mexican border wall, was proposed by congressional negotiators to avert another partial government shutdown.

“I have to study it. I’m not happy about it,” Trump replied when asked by reporters whether he would sign the deal crafted by the Democrat-led House and Republican-controlled Senate.

The proposed deal would allot just $1.375 billion for new fencing along the border, far less than the $5.7 billion the president had demanded for construction of the wall and even less than the deal that he struck down last December, triggering a government shutdown which lasted 35 days.

Despite no funding for construction of the wall, Republican leaders are urging the president to sign the proposed deal in an effort to avoid another government shutdown.

“I hope he’ll sign it,” Republican leader Mitch McConnell of Kentucky told reporters afterward. “I think he got a pretty good deal.”

Temporary funding for about a quarter of all government operations is scheduled to expire on Friday.

But in typical Trump fashion, the president was already hard at work at an alternative, claiming he was “moving things around” in the budget from “far less important areas” to finance it despite the efforts of Congress.

Democrats have long fought against the president’s efforts to build a border wall that would divide the United States from Mexico. Despite statistics showing marked increases in crime relating to illegal immigration Democrats claim the wall is “racist” and “unnecessary”. 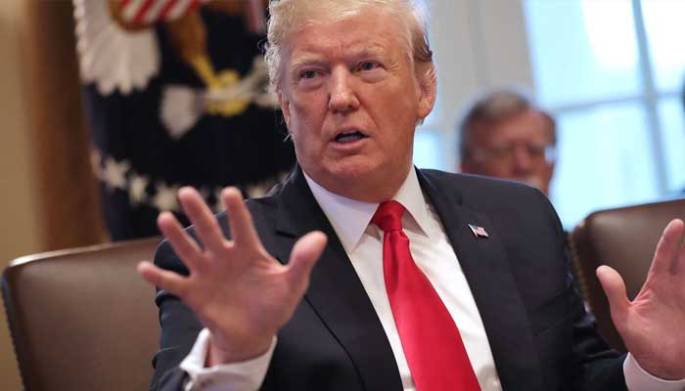 One thought on “‘I’LL HAVE TO THINK ABOUT IT’: Trump ‘not happy’ about deal that would rule out funding for border wall”