An emotional Cohen, 52, lowered his head as U.S. District Judge William H. Pauley III sentenced him to charges relating to lying about Trump’s business dealings with Russia and funneling hush money to two women who claimed to have had a sexual relationship with the president.

Visibly fighting back tears, Cohen told the court that he accepted“full responsibility” for his actions — yet laid much of the blame on the boss he once said he would “die” for.

“I have been living in a personal and mental incarceration ever since the day that I accepted the offer to work for a real estate mogul whose business acumen that I deeply admired,” Cohen told the judge. “It was my own weakness and a blind loyalty to this man that led me to choose a path of darkness over light.”

“Time and time again, I thought it was my duty to cover up his dirty deeds rather than listen to my voice,” he added.

In his sentencing order Pauley said Cohen deserved some credit for his decision to admit guilt and cooperate with Special Counsel Robert Muller’s federal investigation of efforts by Russians to influence the outcome of the 2016 presidential election. However, said Pauley, Cohen’s doing so did not “wipe the slate clean.”

“Somewhere along the way Mr. Cohen appears to have lost his moral compass,” the judge said. “As a lawyer, Mr. Cohen should have known better.”

After Cohen’s sentencing, the U.S. Attorney’s office in New York revealed it had structured a non-prosecution agreement with National Enquirer publisher AMI earlier this year for its $150,000 payout to former Playboy model Karen McDougal, one of the Trump’s alleged mistresses.

“As a part of the agreement, AMI admitted that it made the $150,000 payment in concert with a candidate’s presidential campaign, and in order to ensure that the woman did not publicize damaging allegations about the candidate before the 2016 presidential election,” the attorney’s office said. “AMI further admitted that its principal purpose in making the payment was to suppress the woman’s story so as to prevent it from influencing the election.” 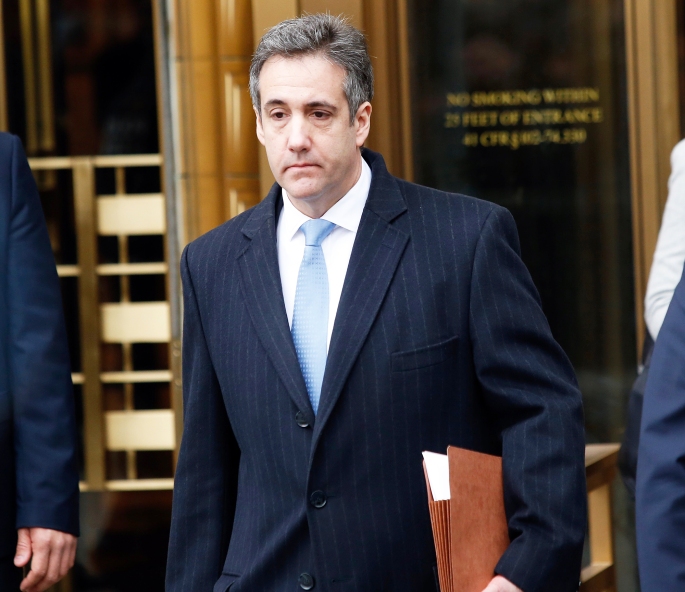