Jackson Cosko, who recently worked for Rep. Sheila Jackson Lee, (D)-Texas, was arrested this week on allegations that he posted personal information relating of a number of Republican senators online. According to police reports Cosko published the home addresses and phone numbers of Lindsey Graham, (R)-S.C., Mike Lee, (R)-Utah, and Orrin Hatch, (R)-Utah on Wikipedia without either’s knowledge or consent.

According to a sworn statement by Capitol Police Captain Jason Bell, a staffer saw Cosko at a computer inside a senator’s office where he used to work shortly after news broke of the doxxing. When the witness confronted Cosko and Cosko left the office.

A short time later, claims the witness, he received an email from the email address “livefreeorpwn@gmail.com” saying: “If you tell anyone I will leak it all. Emails signal conversations gmails. Senators children’s health information and socials,” with socials being a reference to the children’s social security numbers.

Since Cosko’s arrest, speculation has swirled as to whether or not Coscko was acting as part of an organized plot or if he was the lone bad actor.

“We all need to take a deep breath,” said Stolarz. “In this political climate, everyone wants to jump to conclusions. We need to put the conspiracy theories aside and focus on the allegations. Jackson Cosko is innocent until proven guilty, and we intend to challenge the charges.”

Cosko has in the past worked for an array of other Democratic senators including Sen. Dianne Feinstein, (D)-Calif., Sen. Maggie Hassan, (D)-N.H., and former Sen. Barbara Boxer, (D)-Calif.

If convicted, Cosko faces up to eight years in state prison. 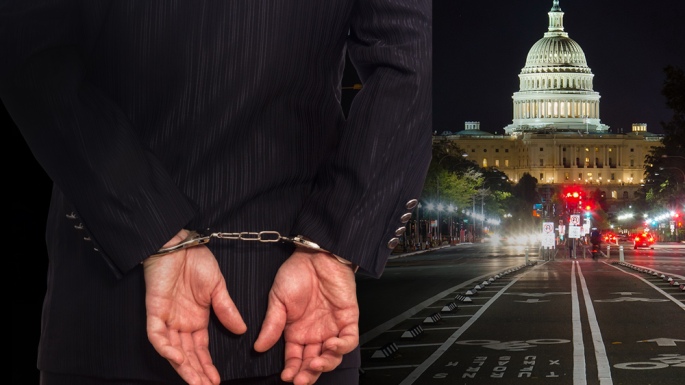