Washington, D.C. — White House Press Secretary Sarah Huckabee Sanders fought back tears on Wednesday after a junior reporter told her he feared being the victim of a school shooting.

The comment, which came from Benje Choucroun, a student at Marin Country Day School in California who was invited to the White House as a reporter for Time for Kids magazine, took Sanders visibly by surprise.

“One thing that effects mine and other students mental health is we are worried about the fact that we or our friends could get shot at school. Specifically, can you tell me what the administration has done and will do to prevent these senseless tragedies,” the 13-year-old asked.

“As a kid and certainly as a parent I think there is nothing that can be more terrifying for a kid than to go to school and not feel safe,” said Sanders, herself, a mother of three, as she fought back tears. “So I’m sorry that you feel that way.”

“This administration takes it seriously and the school safety commission that the president convened is meeting this week again in an official meeting to discuss the best way forward and how we can do every single thing in our power to protect kids in our schools and make them feel safe and their parents feel good about dropping them off,” Sanders said after steadying herself.

Thus far in 2018, there have been 23 school shootings where someone was hurt or killed. 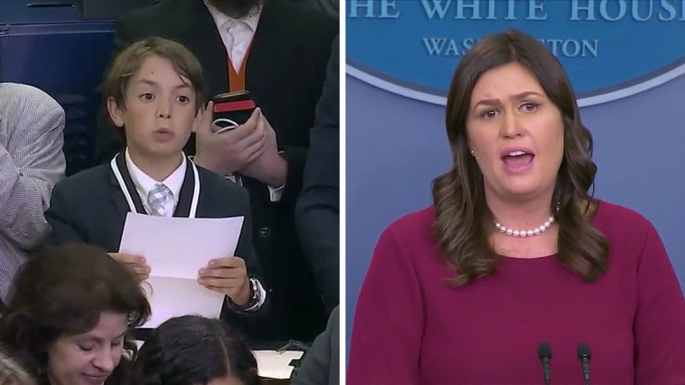