Washington, D.C. — President Donald Trump on Friday said the on again off again scheduled summit between the United States and North Korea may occur as scheduled June 12 after all.

“We’re talking to them now,” the president responded when asked by members of the press as he left the White House for a commencement speech if there was still a shot that the meeting may still take place.

“Everybody plays games,” said Trump, adding: “They very much want to do it, we’d like to do it.”

According to White House sources, the president was pleased with North Korean leader Kim Jong-un’s response to a notice Trump sent him on Thursday, notifying Kim of his intent to withdraw from the summit.

In the notice Trump notified North Korea that he felt it necessary to withdraw from the summit, citing Kim’s “tremendous anger and open hostility” toward the United States.

“I feel it is inappropriate, at this time, to have this long-planned meeting,” Trump wrote in the letter released by the White House.

North Korea followed Trump’s notice Friday with a statement of their own. In it, Jong-un said he was still “willing to give the U.S. time and opportunities” to reconsider talks “at any time, at any format.”

Also on Friday, North Korea’s vice foreign minister said his country’s “objective and resolve to do our best for the sake of peace and stability of the Korean Peninsula and all humankind remain unchanged.”

“Very good news to receive the warm and productive statement from North Korea,” Trump responded on Twitter. “We will soon see where it will lead, hopefully too long and enduring prosperity and peace. Only time (and talent) will tell!” 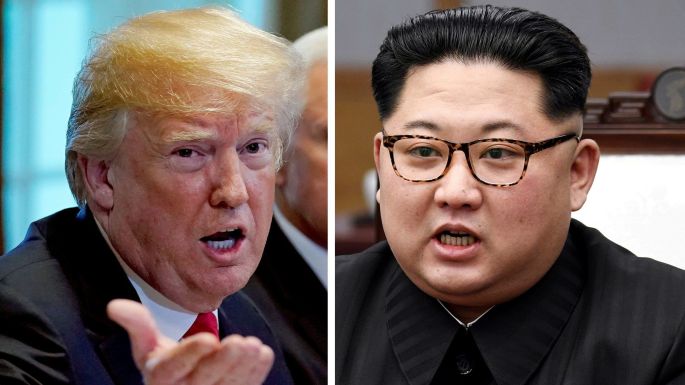