Washington, D.C. (The Washington Times) — Rudy Giuliani, President Trump’s lawyer, says that special counsel Robert Mueller has agreed to avoid a “fishing” expedition by narrowing the subject of questions in an effort to get the president to submit to an interview with the prosecutor.

Mr. Giuliani also says he thinks fired FBI Director James Comey is “not going to be worth anything as a witnesses” and thus less a threat to the president.

Mr. Giuliani told The Washington Times that Mr. Mueller’s team displayed a “first good faith effort” during a Wednesday meeting that might result in an interview in July and a final Mueller report by Labor Day.

He declined to specify what topics have been dropped.

He has contended from the start that there is no evidence of Trump collusion in Russian election interference. The other two major topics: whether the president somehow obstructed justice in the firing of Mr. Comey, a Mueller friend, and whether he might commit perjury in answering questions under oath.

Mr. Giuliani is a longtime Trump friend who was brought in to try to bring an end to Mr. Mueller’s inquiry re the president. He said a final agreement on testifying would include: the subjects; an exchange of questions and any Trump objections; a place and time; and a schedule for a final report.

“What I’m telling you none has been agreed to,” he said, putting the chance of an interview at 50-50. He said he could agree to a two to three-hour interview.

On perjury, the issue would be Mr. Comey’s word in contemporaneous memos he wrote of discussions with the president versus Mr. Trump’s recollection.

Mr. Comey leaked his memos to the press with the express purposes of prompting the appointment of a special counsel, on which Deputy Attorney General Rod Rosenstein complied.

Mr. Giuliani says that Mr. Comey has revealed himself to be a leaker of confidential material. He also believes Mr. Comey’s credibility will be damaged by an upcoming Justice Department Inspector General Michael Horowitz report on how the director handled the Hillary Clinton email investigation.

“We don’t have a problem with him under oath,” Mr. Giuliani said. “What we have a problem is they’re using somebody else as the arbiter of truth, like Comey. We think when Horowitz gets finished with him he’s not going to be worth anything as a witness.”

Mr. Giuliani said he wants Mr. Mueller to “show a realistic attitude toward the guy I think was going to be their chief witness, Comey, who is falling apart in front of us.”

“I think they are relying more on obstruction and they wish perjury from their point of view than they are on collusion with the Russians. I think every time they’ve gone up the collusion alley it’s gone nowhere. That becomes the biggest obstacle to our testifying. Why are we going to get them to use the president’s word against himself? He’s already given all the explanations that they need to make a decision in his public comments. His comments under oath are not going to be materially different than this public comments. And if they would be we would tell them that. ‘On further reflection, he remembers this and that.’ So far there haven’t been too many further reflections.”

Mr. Giuliani said the Mueller team understands Mr. Trump could not sit for questioning before the proposed summit with North Korea on June 12.

“Of course Mueller agrees with that,” he said. “I think he’s anxious to wrap up because he’s become a bit of a target now. He realized he would get nowhere if he tried to do it now. We couldn’t prepare. He couldn’t force him if he went to court. It might jeopardize his ability to question him at all.”

Mr. Giuliani previously said that one agreement he procured is that Mr. Mueller agrees he cannot legally indict the president. 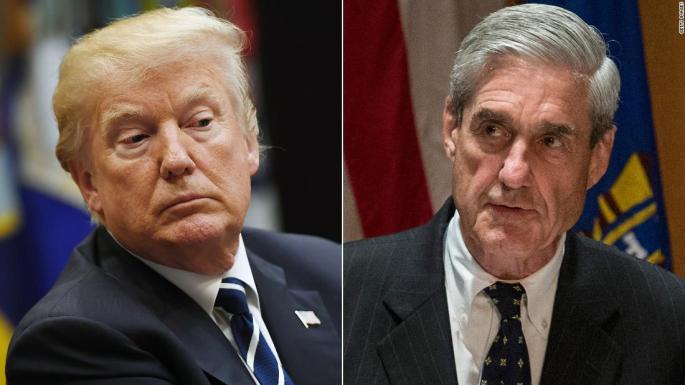 One thought on “REPORT: Mueller agrees to limited questions in sit down with Trump”