KENNER, LA — An illegal immigrant who witnesses say was “armed to the teeth” is accused of attempting to kidnap two infants at knifepoint at a Louisiana Walmart.

The horrifying incident occurred Friday afternoon as witnesses say Billy Yoe Budier-Herrera, 33, approached a mother of a 2-year-old child that she would be killed if she didn’t hand over the little girl.

According to a press release issued by the Kenner Police Department, the mother attempted to flee but was cornered by a knife-wielding Hererra, who told her that her infant son would also die if she did not obey is commands.

A struggle then ensued between the mother and Herrera after he allegedly tried to snatch the boy from the mom’s grocery cart.

Hererra ran away, say police, after the young mother screamed for help and several deli associates from the store intervened.

As he fled the scene, police say Hererra tried to grab another infant from the child seat of a grocery cart, but a seat strap that secured the child in place prevented Budier-Herrera from stealing the baby.

“While fleeing, Budier-Herrera turned to face store employees and retrieved a machete from his waistband, and aggressively swung the machete at employees’ who created distance. Budier-Herrera then again fled,” the press release states.

Herrera was tackled by Walmart employees on his way out of the store and an off-duty Kenner police officer who happened upon the scene restrained him until authorities arrived.

Herrera, who was in possession of a 10-inch machete, a container of pepper spray, and a makeshift shiv constructed of a plastic handle with razor blades attached by duct tape at the time of his arrest, has been charged with two counts each of second-degree kidnapping of a child, aggravated assault, illegal carrying of weapons and one count of disturbing the peace.

The suspect was also was charged with an immigration detainer and is currently being held without bond. 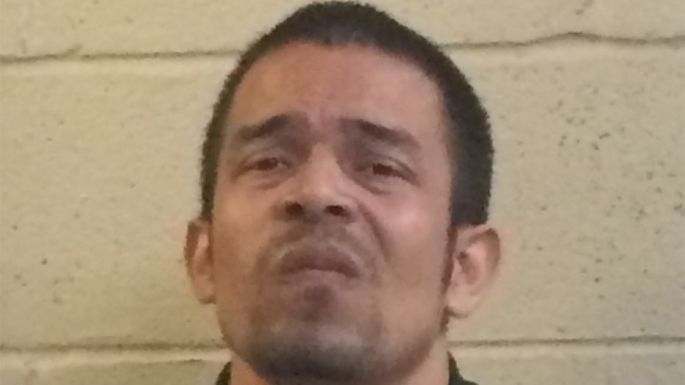