PALM BEACH, FL — FBI officials had been “actively monitoring” Corey Johnson in the weeks leading up to his murdering a 13-year-old boy, according to published reports.

Johnson, who claimed his Muslim faith commanded he stab the victim to death on March 12, had been “on the FBI’s radar” since the agency discovered he had reached out to ISIS contacts online and expressed a desire to join the terror group.

The bloody attack occurred during a sleepover at the victim’s home. Another 13-year-old boy and the boy’s mother were also repeatedly stabbed but survived the assault.
Police reports confirm that Johnson admitted to the carnage and claimed his motive was “Islamic Jihad”.

“Interim Chief Clint Shannon said Jupiter police, Palm Beach County School District police and the FBI previously investigated Johnson for “alleged violent tendencies” that they received through “intelligence gathering” in the northern part of the county,”  a report by the Palm Beach Post states. Federal investigators had reportedly been monitoring Johnson’s social media accounts for indications that he may be planning on carrying out an act of terror.

Upon his arrest after briefly barricading himself inside a bedroom of the victims’ home, Johnson told police officials he awoke at around 4 a.m. Monday at his friend Kyle Bancroft’s home and decided to kill Kyle’s mother, Elaine Simon; Kyle’s brother, Dane, 13; and Dane’s friend, Jovanni Sierra, 13, while they slept.

Johnson told police he stabbed Jovanni Sierra and slit his throat with a knife he had brought with him to the house. The other victims were stabbed a short time later.

According to the arrest report, Johnson further stated that he had read the Quran before going to the house “to give him courage to carry out his intentions.”

FBI records show that in January 2017, several local law-enforcement agencies met with FBI officials at William T. Dwyer High School in Palm Beach Gardens, where Johnson was the a student. A sheriff’s detective conducted a mental-health assessment of Johnson based on his reaching out to ISIS online and reported that the teen admitted to sympathizing with terrorist organizations.

The report also reveals that Johnson had made numerous anti-Semitic statements and idolized Adolf Hitler. School police said they received information that Johnson “had violent tendencies,” and “had spoken about inappropriate places to bomb.”

On March 5, 10 days prior to the murder, Florida police officials checked in with the FBI to see if and when the agency planned on bringing federal charges against Johnson and were advised that the affidavits would be “coming in the next several weeks.”

The charges were never filed.

Johnson faces one count of murder and two attempted-murder charges in the stabbings.

On Tuesday, Judge Daliah H. Weiss ordered Johnson be held in a juvenile detention center to await a grand jury’s determination as to whether or not he should be charged as an adult in the killing. 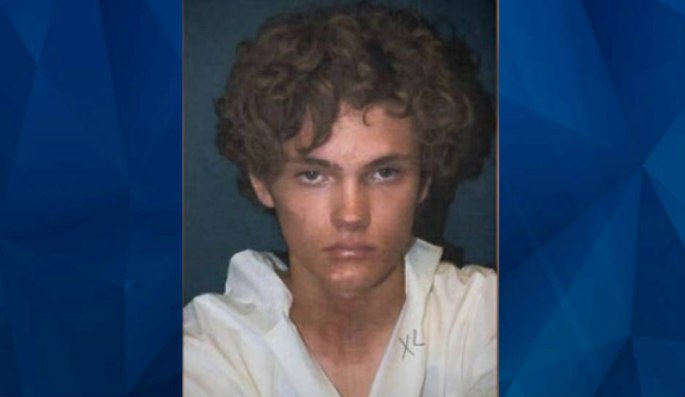