Soros, a Hungarian-American investor, is known for funding a variety of leftist causes including the push for legalized recreational marijuana and the Black Lives Matter movement.

In a tweet posted to his official Twitter account, the former Wisconsin sheriff wrote that the rally demanding gun reform held by students of the Marjory Stoneman Douglas High School was an attempt by Soros to manipulate teens still reeling from a mass shooting at their school.

“The well ORGANIZED effort by Florida school students demanding gun control has GEORGE SOROS’ FINGERPRINTS all over it,” Clarke tweeted Wednesday (https://tinyurl.com/yaklzv8b). “It is similar to how he hijacked and exploited black people’s emotion regarding police use of force incidents into the COP HATING Black Lives Matter movement.”

Clarke’s tweet follows allegations made by an aide to a Florida state lawmaker who was fired after alleging that several of the teens interviewed on media recently weren’t actual victims but crisis actors.

“Both kids in the picture are not students here but actors that travel to various crisis when they happen,” Benjamin Kelly, an aide to state Rep. Shawn Harrison (R) wrote in an email to a reporter.

Harrison’s comments were met with swift condemnation and he was quickly fired (https://tinyurl.com/y9dtubl6).

Seventeen people were reported to have been killed at Parkland High School last week when police say a gunman opened fire with an AR-15. The shooting led to calls for stronger gun control measures and increased background checks.

Clarke, who resigned his role as Sheriff in 2017, now serves as senior adviser and spokesman for the pro-Trump America First Action PAC. 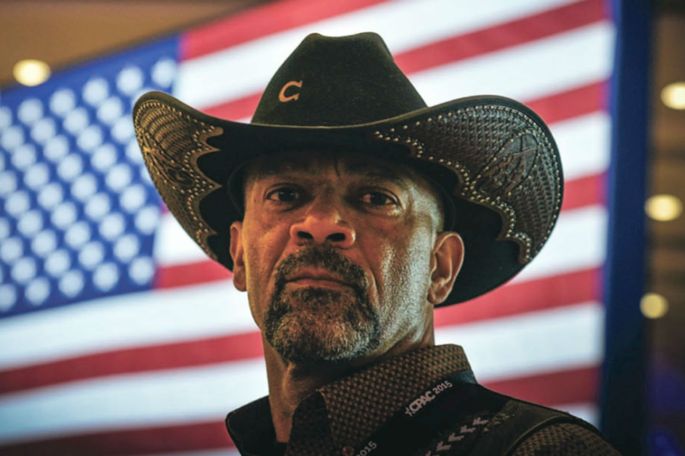