WASHINGTON, D.C.– A proposed immigration deal by the Trump administration is leading to staunch criticism from both Republican leaders and the president’s voter base.

The deal, which would provide legal status and a path for citizenship for approximately 1.8 million illegal immigrants brought to the country as children, would be granted by Trump in exchange for $25 billion in funding to build a border wall between the U.S. and Mexico, an agreement to end chain migration across the board, and an end to the visa lottery program.

Offered up by the White House in the hopes that appeasing so-called “Dreamers” would prove a strong enticement for Democrats, Republicans were quick to condemn the effort.

“Amnesty comes in many forms, but it seems they all eventually grow in size and scope. Any proposal that expands the amnesty-eligible population risks opening Pandora’s box,” Michael Needham, who heads Heritage Action for America, an influential conservative group, said of the plan. “That should be a nonstarter.”

Conservative talk show host Mark Levin, during an interview Thursday with Conservative Review Senior Editor Daniel Horowitz, urged against the proposed deal, warning that Democrats, even if appeased, are not to be trusted.

Democrats “do not operate in good faith,” Levin said, questioning why Trump would even entertain the offer. “It’s a huge error. Huge.”

A vast majority of callers to Levin’s show, many of whom had voted for Trump in 2016, agreed and vowed not to vote for his reelection in 2020 should the DACA deal go through (https://www.conservativereview.com/articles/art-deal-no-way-mark-levin-daniel-horowitz-expose-trumps-huge-amnesty-error/).

“We expect conservatives in Congress to hold the line,” Levin said.

Despite the backlash, Trump said he thinks his plan can be accomplished.

“I think Cotton, and Perdue, and Goodlatte, and the people that I’ve been dealing with — Cornyn, so many of the people — these are great people,” he told CNBC. “These are people that really have shifted a lot. They’ve really shifted a lot, and I think they’re willing to shift more, and so am I.” 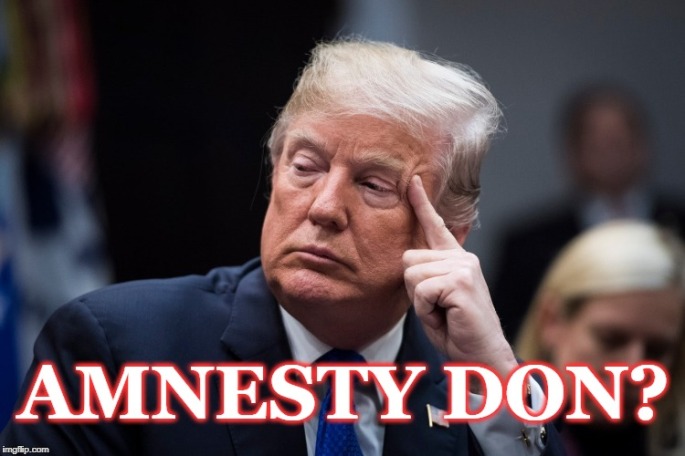