Moore, who was caught up in a sexual harassment claim in the weeks prior to the election, filed suit in Circuit Court claiming fraud had tainted the results of the December 12 special election. According to results published by the Alabama Secretary of State, Moore lost to Democratic rival Doug Jones by fewer than 22,000 votes.

“This is not a Republican or Democrat issue as election integrity should matter to everyone,” Moore said in a statement released Wednesday ahead of the court filing.

Jones’s transition team on Thursday issued a statement in response to the filing saying the lawsuit was “a desperate attempt by Roy Moore to subvert the will of the people.”

“The election is over,” the statement continued, “it’s time to move on.”

The complaint, says Alabama Secretary of State John Merrill, will do nothing to prevent Jones from being certified the winner.

“It is not going to delay certification and Doug Jones will be certified (Thursday) at 1 p.m. and he will be sworn in by Vice President Pence on the third of January,” Merrill said in a statement late Wednesday night.

Jones and Moore were competing to fill the U.S. Senate seat that previously belonged to Attorney General Jeff Sessions, who left his role to work for the Trump administration.

Merrill said that thus far his office has found no evidence to support Moore’s allegations of voter fraud, but that his investigators will pursue any claims that Moore submits. 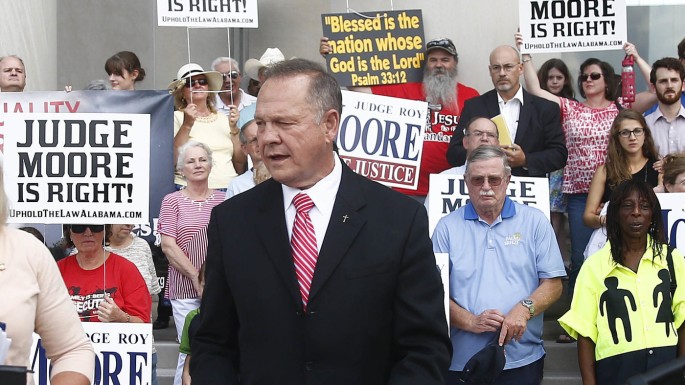