“I am concerned,” Pelosi said on MSNBC, about Trump’s “fitness for office.”

“I think his family should be concerned about his health,” she said. “The fact is that this is hopefully not reparable — he’s the president of the United States.”

“You mean you hope it is reparable?” Joe Scarborough asked, visibly confused by the congresswoman’s poor choice of words. “Yeah, yeah,”, Pelosi replied, seemingly baffled by his need for clarification.

Things only went from bad to worse when two hours later, during a press conference, Pelosi went on to misidentify President Trump as “President Bush” and became frustrated when she couldn’t recall the current date.

After repeatedly referring to president Donald Trump as George Bush, a journalist on scene stepped in to correct the gaffe, interjecting by saying the name “Trump,” but Pelosi appeared oblivious to his comments. Moments later a Pelosi aide emerged from the sidelines and passed the progressive leader a note, notifying her of her error.

Then, moments later, the liberal from California became confused over not only who was president is, but also what day of the week it was.

“I spoke with the speaker a week, a week and a couple days ago, about — oh, no, just last Friday,” she said. “What is today? Is it Friday again?” Aids ended the humiliating fiasco a short time later and Pelosi was quickly escorted out of the room.

In February she made headlines after insisting that, try as she might, she can not work with “President Bush”.

“We’ve seen nothing where we can where — where I can work with President Bush on…” Pelosi said as fellow Democratic Senator Maxine Waters’ face dropped in shock during a press conference. “I’m disappointed because I thought there might be some interest because of what he said in the campaign.”

For the record, the United States has not seen a President Bush in office since January of 2008. 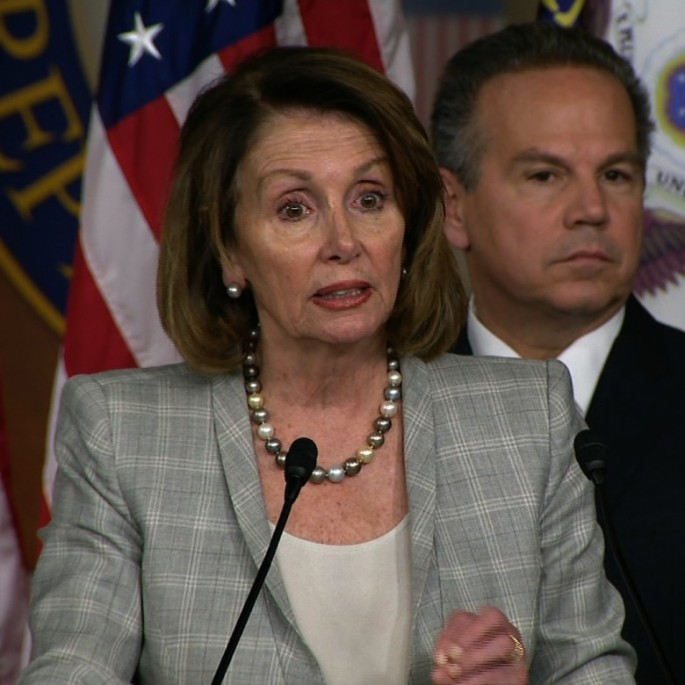